Internationally and historically renowned James Ritchie & Son (Clockmakers) of Edinburgh, Scotland, has forged an enviable and justifiable reputation in the field of horology. From Cape Town to St Petersburg in Russia our name is revered, and has been since the beginning of the 19th Century.

The worlds first public Floral Clock was built by us in 1903 and installed in Edinburghs Princes Street Gardens. It has a dial with a diameter of twelve feet and a cuckoo to mark the hour and quarter hours. 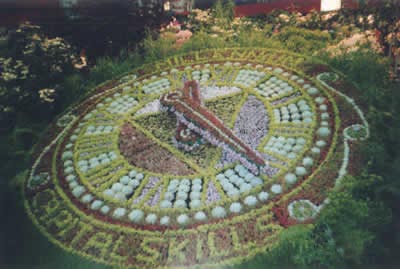 The cuckoo feature of this clock is loved by children but hated by both parents and grand-parents who have been known to miss buses whilst being held back to see the hourly strike.

James Ritchie & Son (Clockmakers) wind the Calton Hill Time Ball for City of Edinburgh Council six days a week and at One O'Clock the ball is dropped as the famous gun at Edinburgh Castle is fired. This work can be traced back to the time of Charles Piazzi Smyth, Royal astronomer, who was not only the first man to photograph the inside of the pyramids, but created the concept of satellite and movable observatories over long distance for observing space in an advanced form, which allowed man to go to the moon. He required the help of James Ritchie to organise the time ball, the one o' clock gun, and also help in precision engineering of various instruments! 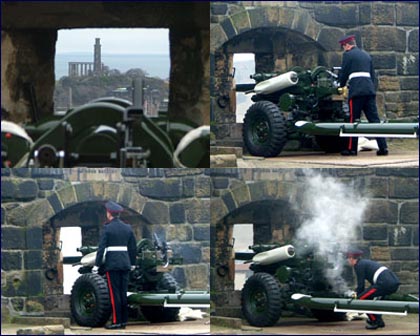 When Madame Tussaud brought her Waxworks to Edinburgh in 1810, she became one of James Ritchie's famous customers - the first of many names. 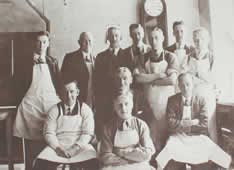 James Ritchie & Son (Clockmakers) are equally delighted and proud of having had associations with other famous patrons such as Sir Walter Scott , Andrew Carnegie, Royalty, castle owning landowners, Dukes and Earls to present day David Murray's etc. We also have history making collaborations with geniuses such as Alexander Bain the famous first electrical clockmaker and inventor of such things as the “fax machine”.

We are very proud of our history and look forward to celebrating our bi-centennial in 2009.
Back to top